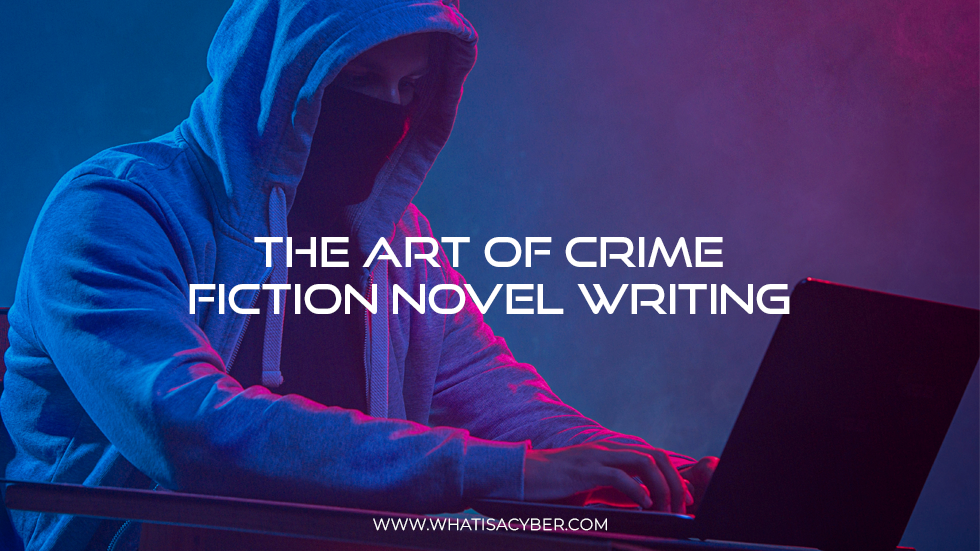 Authors Agatha Christie and Arthur Conan Doyle created fictional characters such as Hercule Poirot and Sherlock Holmes that became well-loved worldwide, penetrating generation after generation through thrilling plots set up in these classic crime fiction novels. These authors’ imaginative stories captured the hearts of their readers, both the young and old, as these novels sent their readers on a wild ride of fantasy into the world of crime and justice. Cyberbrain by Benoit Blanchard is a perfect example of a crime novel that effectively keeps its readers on edge, anticipating the scenes page by page as the author leads them through the sinister world of mind control. Benoit Blanchard achieved what all crime novel fiction writers aim for: a captivated and thrilled audience.

Crime Fiction: What is it about?

Crime fiction is a genre of literature that touches on the subject of crimes, detectives, and criminals. Although it is often associated with science fiction, legal fiction, or even historical fiction, there are some features to crime fiction that make it stand out from the rest.

One of the most common features of crime fiction is murder as an often-committed crime. Although there are stories revolving around theft or robbery or other types of crimes, apparently, murder seems to be the most thrilling mystery to be solved.

Another distinguishing feature of crime fiction is an honorable, the very intelligent, but usually isolated protagonist, often in the character of a detective.

A moral lesson, message, or the value of justice served is also another significant feature of a crime fiction novel.

Technically, there is no hard and fast rule when writing a crime fiction novel because, after all, it is literary fiction, and fiction is all about creativity and imagination. However, the goal when writing fiction is to ensure its readers stay on, get hooked up on the plot, and complete reading the whole book with a sense of satisfaction, delight, or wonder. The story should be able to, at the very least, evoke or draw out an emotional response from its readers.

There are no strict formats, but here is what they would call “best practices.” These best practices are generally considered as tips or advice, usually gathered from bestselling authors, on making crime fiction novels successful or effective, or at least engaging or captivating.

Start with a Crime

Preferably a crime of murder. There’s something about an evil deed, especially one as evil as killing, that fascinates the audience. Not necessarily to the point of committing the crime, but more on a psychological level. The readers’ critical thinking skills are stimulated. What makes a person commit a crime or murder? What pushes a person to go beyond the limits and boundaries of morality? It is always that tension, that relation between good and evil, that captures the imagination of the readers.

Almost every reader loves a good backstory, if not everybody. A backstory could be about the protagonist’s background, how the protagonist took on that role or the background of the story’s hero. Villains should also have a backstory. After all, the writer needs to come up with a good reason why the criminal became who they are and did what they did in the first place.

The ultimate focus of all crime fiction should be the plot since the plot is the most essential element in any kind of story or fiction. The plot should be led with questions such as what happened, when and where the crime occurred, and who are the characters involved. A good plot should be complex but not too overly complicated. Meaning, it should still be written in a way that can be easily followed by readers who are not familiar with the fiction genre and complicated enough to keep the suspense up. Suspense and mystery are the best descriptors for crime fiction.

Research is important to ensure accuracy, especially in crime fiction, when dealing with criminal justice processes. It also provides validity and credibility to the writer, that although the writer’s thought process is coming from an imaginative world, still, the readers can be able to relate to it. For instance, the forensic process mentioned in the book should be backed by actual science. The detection and detention of a criminal should at least be based on some actual existing criminal justice system.

If the writer’s plot is historically based, then the characters’ background, costumes, and society should conform to the historical setting mentioned.

Becoming a successful crime fiction novel writer is not an overnight process. The roads towards success will be challenging but definitely not something impossible to achieve. It takes a lot of work, effort, patience, and passion to get to the level of the likes of Agatha Christie and Arthur Conan Doyle. But it will all be worth it once the novel starts kicking off and establishes its own audience of captivated and enthralled readers.