Dystopia, Utopia, & the World in Between 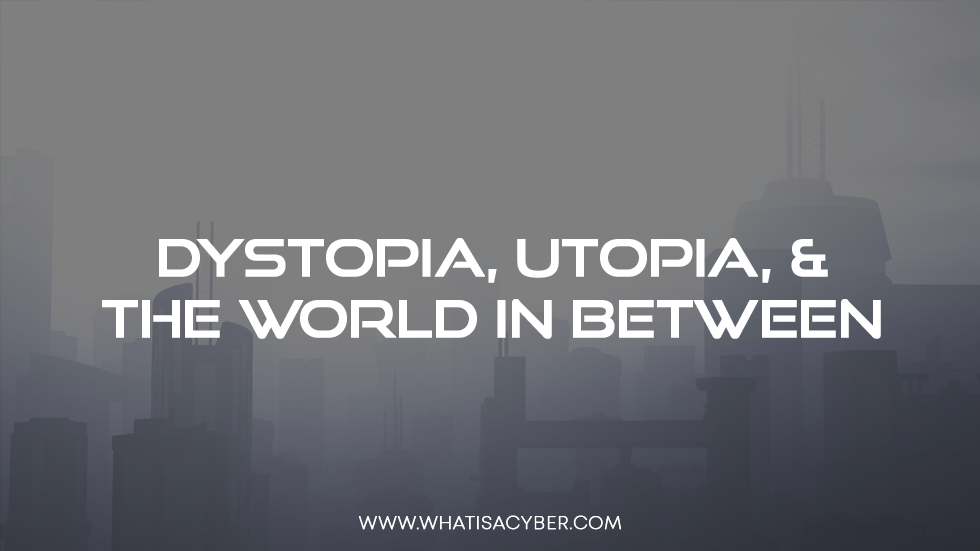 Ever since men began to develop their rational thinking, there has been this almost unquenchable thirst for the search for a perfect world, a utopia. Amidst the global strife and hunger, who could blame men for wanting a piece of heaven here on earth in the middle of an almost dystopian-like reality? Author Benoit Blanchard masterfully recreated in his book series, Cyberbrain, an almost dystopia-like reality where newborns in the United States were implanted with an electronic device known as “cyber” as a means to stem the rising tide of crime through controlling the thoughts and actions of people who were fitted with the “cyber.” In this thrilling tech fiction book by Benoit Blanchard, the nightmare of mind control becomes a horrifying reality that becomes a fight to survive and the ultimate fight for man’s free will.

In the real world, there is the existence of good and evil. In the imaginary world, the good appears to be a perfect paradise, while the evil is an epitome of a living hell, a world of dystopia. This is probably an apt description of what a dystopian world is all about, a world where people are dehumanized, living in constant fear, and where there is great injustice and suffering. People are completely under the control of what seems like a totalitarian system.

Although dystopia remains, in reality, a fantasy world, there are traces of its features here and there from the various government regimes all over the world. Dystopia is often a reflection of modern society or portrayed in literature as a warning for what might be the worst possible scenario that could happen if there are no steps taken for social change. This imaginary society is commonly described as living situations of constant fear or distress, tyrannical leadership in governments, catastrophic natural disasters, etc. The ultimate aim of a dystopian society is complete control. Control of information, freedom of expression, worshipping, and free thought result in an overwhelming loss of individuality in the society. But then, having control of people’s movement somehow has its advantage.

For one thing, the crime rate in a dystopian society is lessened or is seeing a decrease in occurrences. The government can, if managed well, be able to take complete control in reforming the society, to make it a bigger and better society than it was before. So, does this then make the dystopian world sound a bit better?

The utopian world is the complete opposite of the dystopian society. It is a fantasy world where everyone and everything is utterly perfect or has near-perfect qualities. Although achieving such a state is next to impossible; still, it is the ultimate goal that all societies are working towards. Where dystopia aims for complete control, a utopia society strives for equality in all sectors, such as human rights, government, trade, and the justice system.

Now comes the bad news. The road towards achieving a perfect society opens up many pitfalls for a utopian goal. In an almost ideal world, everyone begins to feel too relaxed, too laidback. A too laidback society means that people have no desire for any aims, goals, or progress. And when a society does not progress along with the times, the opposite starts to happen; the society begins to regress, which could lead to its eventual demise.

In the utopian setting, everything and everyone is treated equally. There is a clear and present danger when there is no recognized authority figure in this case. There is nobody to take up the mantle of leadership to organize a system to control the society’s market industry and politics, and there’s no one to be in charge of the safety and protection of the people. When there’s no one in charge, there could be a complete takeover in the form of an enemy invading the society. The utopian fantasy world falls apart, which tends to call for and be converted into a dystopian society. In the end, does a utopian world still seem an ideal world to be in?

The World in Between

When all else fails, it’s always safe to choose the lesser evil or, in this case, the world that’s in between dystopia and utopia. Some called the in-between world “protopia.” Futurist Kevin Kelly coined the term “protopia” as a world where people work actively to improve life. There is a balance between the perfect and the imperfect. There is a shared capacity and a mutually shared desire to improve the way of life.

In his rational thinking, man understands that there is a balance that exists, that should be present, that should and must exist, something that’s essential to society and mankind’s survival. Yes, utopia is what all men seemingly strive for, but to get there, man has to understand what it means to live in a world of dystopia. But then man has also to learn and acknowledge that with all its perfection, utopia is not, after all, the ideal world to be in. The ideal world is a bit of everything, a bit of the good and the bad thrown in it. It has a bit of the utopian fantasy in it, a bit of the reality of a dystopian society, and what brings it all together, the world that is found between them.